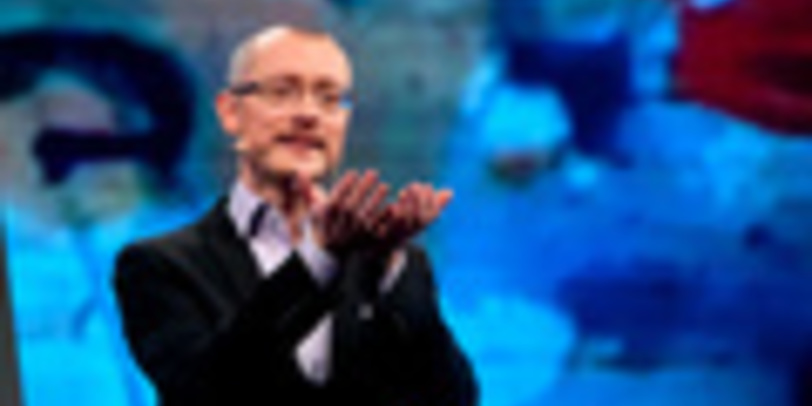 The latest 'Pope Video' seemed irritating to me

Watching the video, one can easily come to the conclusion, the pope says, that all religions are equally rightful ways of finding God and all religion have one common statement, saying:  I believe in love. A guest commentary by Johannes Hartl

Augsburg (kath.net) The latest "Pope Video" seemed irritating to me. In this article I explain why.

A video that needs explanation.

Benevolent hermeneutics is a virtue on the decline. It is a description of an attitude that assumes a positive intension on the side of the author or speaker, when reading someones text or listening to a speech. This virtue is on the decline in the political discourse. With mockerish pleasure the opponents plunge on each others miss worded opinions or unfavorably formulated sentences, insinuating an attitude that goes far beyond the actual intention of the author.

With this short text, I am trying to go the opposite way, even though, what I am writing about has irritated me much.

A few days ago a video was published, in which Pope Francis declared the  Papal prayer intention for January. Following the usual practice, the Pope declares a special prayer request for each month. Only the means of declaration is new. Via video.

Also new is the content. Watching the nearly 2 minutes long video, one can easily come to the conclusion, the pope says, that all religions are equally rightful ways of finding God and all religion have one common statement, saying:  I believe in love.

My intention with this article is twofold: For one, expressing my hope, the pope really is not saying what the video so easily offers at first sight, and secondly to express my worry about what this video might signalize, if not explained well meaningly.

First of all, lets look at the obvious intention of the video. It is about winning people to pray, that the dialog between religions would bring  fruits of peace and justice. An important and also timely intent is also to work with others even if they have a different opinion.
This intention of the video is very clear and absolutely supportable.

From my point of view the video becomes problematic in the way it advertises for this very important prayer request. For the unreflective viewer the following scenario seems to open: All religions of the world see things differently, but above all every one is a child of God, finding their way to God on different paths, while agreeing on the most important terms, because all believe in love.

The way the catholic church handles the claim to truth of the christian faith versus the other religions of the world was one of the most discussed issues in the Second Vatican Council.

In the document  Nostra Aetate the council found ways to express the highest form of respect for people of other faiths, yet not denying the universal claim of Jesus Christ. Put more simply: Human life is the image of God and has not lost this dignity even in the fall of man.

Man realizes the existence of God by means of his understanding and has a moral conscience written into his heart. Therefore traces of truth can be found everywhere, where human life is found: Also in other religions. Yet the revelation of God himself in Jesus Christ is far above such common conception of a godly entity and or the feeling of certain elements of truth. (see Acts 17:27)

Jesus claims to be  the way, the truth and the life and  no one can come to the father, but through me. (John 14:6). Jesus is the only one, who is and makes known God (John 1:18),  there is no other name under heaven in which we shall be saved but the name of Jesus. (Acts 4:12). Not everyone is saved automatically, but is called to believe and be baptized (Mark 16:16).

The council expresses this truth strongly and imperatively in  Ad gentes 7.

In the light of this clear biblical and dogmatic evidence, the  Video of the Pope appears in need of explanation. First of all, we need to ask, in which sense people  find God on different paths.

It should be obvious that Pope Francis doesnt mean to express, that Jesus Christ is only one way among many. He has spoken very clearly on several occasions about the centrality of Jesus. Most impressive in his apostolic letter  Evangelii gaudium in which he calls all believers to declare the gospel with great courage. Therefore the message of the pope can by no means be understood as a syncretistic statement of  all religions lead to God. Yet the video leaves one missing the necessary differentiation, which would be so important here. While followers of all other religions are seeking for God and have an idea of him, christians should enter a glad and honoring dialog with them and still acknowledge, that there is no alternative way to salvation - passing by Christ (see especially  Dominus Iesus). Off course it is true, that humans believe in God. Yet it has never been the doctrine of the church, that this makes a conversion to Christ obsolete. With all respect to other religions Paul emphasizes the uniqueness of christianity to the (religious!) people of Athens:   Whom therefore you ignorantly worship, him declare I unto you. (Acts 17:23) It is solely and singularly in Jesus Christ, that we realize God, and it is only through Jesus Christ, that humans find God.

The statement,  all humans are children of God also deserves an explanation. God has created all human beings and therefore is their father. In that very common view, als humans are in the order of creation children of God. Noticably though the New Testament applies the title  child of God or  son of God only to those who have faith in Jesus Christ. As a matter of fact, it seems not at all self evident, that every one is a child of God.  But to those, who received (!) him, he gave the authority to be children of God, to all, who believed (!) in his name. (John 1:12).

Humans remain in an unredeemed state without Jesus Christ. In the state of being unreconciled, even in enmity with God. (see Rom 5:10)

This truth is not only familiar to the pope, it also is of continuous presence in his preaching.

Therefore my question simply is this: How could this mistakable video come into existence?

Following the example of the  benevolent Hermeneutics I have to assume, that among the many, that have worked on the text and the making some might have been, who were not so very aware of the importance of a diligently looked after differentiation.

The claim, that all religions agree on the term, that all their followers believe in love is either a rather shallow statement or it is simply false. We all can agree on the statement that humans of all kinds of religious beliefs long for love, and know about the power of love. Of course.

That should not be a surprising statement for anyone. Yet it is just as not enlightening as the statement, that all humans believe in the truth. It is right, but still will not hinder humans to totally disagree on what  the truth explicitly is. The same is true for love. To  believe in love has never kept people from doing the most horrible things  for the sake of love.  Can love be a sin? Well, in any case unspeakable harms have been done in the name of love. For love to the family, love to the nation, love for ones religion, love for a woman. Humans will not do evil, because they like being evil, but because they love something, or someone so much, that they are willing to do just anything. The new testament teaches us that  God is love (1 John 4:8). And it is this context, in which the end of the video insinuates, all religions are in agreement, because all their followers believe in love. By which they assume to have found God. But that is not, what the author of the letter of John means.  God is love, but not:  Love is God. This God is not some etheric feeling of cosmic communion, but the letter of John is very clear about how and by which means this love and this God are to be known.  By this we know love, that he laid down his life for us, and we ought to lay down our lives for the brothers. (1 John 3:16) It is on the cross and in the person of Jesus Christ alone, that man can know what true love is. This is the one singular place, where man can find eternal salvation.

And so the video ends visually in one incredible moment in which all the symbols of the different world religions are brought together. Instead of the cross however, a figure of a baby Jesus is shown. One more time the question for the producer of this video arises: Why did you abandon the central symbol of christian faith? It is in the cross, that we see the difference between the gospel and all other religions. Man cannot save himself by believing in love. Otherwise there would be no need for a crucified and resurrected saviour, that reconciles humans with God and makes them his children!

A mixture of religions and the weakening of the claim to truth of christianity is unknown to the catholic faith and has been strongly renounced by all former popes. Pope Francis represents the joy of faith and the mercy of God like few before him. His convictions about the necessity of re-evangelisation in  Evangelii gaudium is crystal clear. Especially in times of religious pluralism it would be important to not leave a video uncommented that is so opposite to the creed stated above.