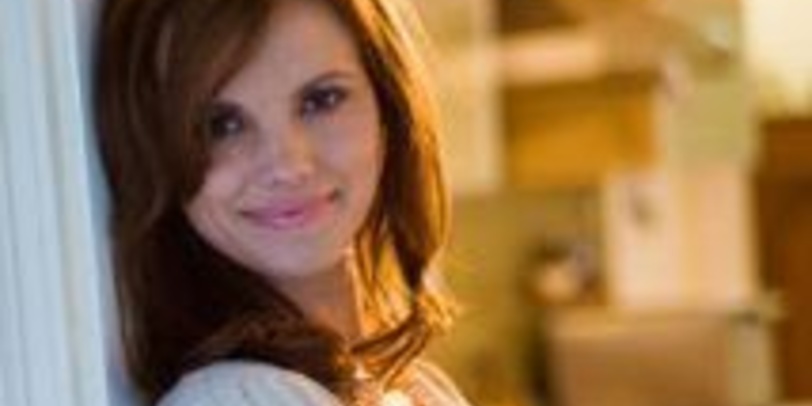 What our world needs more than fashion models are role models

Leah Darrow knows the dark side of the glamorous world of modeling and reality-TV. In an Interview with KATH.NET she talks about her conversion and why she criticizes our current culture. By Johannes Graf.

El Cajon (kath.net/jg)
Leah Darrow grew up in a catholic family. As a teenager, she lost her faith. She was a contestant of Americas Next Top Model and at the beginning of a promising modeling-career. She had achieved, what many girls dream of. But at a photo-shooting, something happened that changed her life forever. Today, Leah is a speaker for Catholic Answers, encouraging girls and women to live a life of faith.

Kath.net: You grew up a Catholic, but slowly lost your faith. What happened?

Leah Darrow: Growing up Catholic is one thing, growing up knowing why you are Catholic is another. As a young adult, I did not take ownership of my faith and by the time I was in high school I compromised my values in order to fit in. I ignored my conscience and common sense. I ignored the consequences; ultimately, my focus was on the here and now, on instant gratification. By the time I lost my virginity at 15 years old, I sadly lost hope; would God forgive me? The idea of starting over, asking for forgiveness and reorienting myself to purity, was trampled by my peers who encouraged me to believe that sex was not a big deal. Without a true knowledge and understanding of my faith, I conformed myself to the lies of the culture: that I would be happy (and justified) as long as I had enough people around me telling me my lifestyle was okay.

Kath.net: You were one of the contestants in the 3rd cycle of "America's Next Top Model". You were on your way on a career in modeling, living the dream of many girls and young women. What was your life like? Did you enjoy it?

Leah Darrow: Being a contestant on Americas Next Top Model had moments of great excitement and fun. It is such a different experience from real life and is easy to get caught into thinking that this (reality TV) is how real life is suppose to be. Much of reality TV today edits the reality out of it and presents us with a fantasy. The fantasy that our lives can be glamorous and consequence-free 24 hours a day, 7 days a week.

However, what they dont tell you, is that once you are on the TV show, you are monitored 24/7 with cameras. The suite where we stayed in New York City was reconstructed so that all the doors were removed. No bedroom door. No bathroom door. All the cameramen were men and filmed us while we talked, ate, bathed, changed clothes, etc It is a total disgrace to human dignity. While its expected that they would film us all the time, we assumed that they would respect our privacy in time of changing clothes or while in the bathroom  but they didnt. There was not even a shower curtain in the bathroom. Keeping contestants exposed in every way is the baseline for any reality TV show.

While I enjoyed spending time with the other contestants, the travel and the new adventure that it was, I did not enjoy the feeling of being used for entertainment.

Kath.net: During a photo-shooting you experienced something that brought you back to faith. What was it?

Leah Darrow: During a photo shoot for an international magazine my little facade of a world came crashing down. The shoot started out like most photo shoots with hair, make-up, and wardrobe stylists. When the stylists brought out the rack of clothes for me to choose from, they were all itty-bitty. I knew that the goal of the shoot was sexy. I felt uncomfortable thumbing through the clothes and didnt have the courage at that time to walk away. I thought to myself, This is a job, be a professional - just do it. In the middle of the photo shoot, as the flash hit my eyes, I saw myself in a different place. I first saw myself wearing the clothes I was modeling, in a space, all was white and I had the knowledge that I had died; I was not in pain or scared. Next, I saw myself in the same open space and I once again was given knowledge that I was standing in the presence of God. I did not see him, this was only an interior knowledge. Finally, I saw myself with my hands cupped together at my waist and then raising them all the way up, close to the height of my head. I understood this to be my final offering. I was offering to God all that I had, all that I had done in my life to love and serve him. But there was a problem; my hands were empty. I had nothing to offer of the gifts and talents he had given me because I had been wasting them all on myself. At this time, the images in my head concluded. I regained my focus as the photographer yelled at me. But the only thing my heart could focus on was Christ. By grace, I encountered the presence of God and his call to my heart to turn from sin, embrace mercy and convert.

Before I knew it, I jumped up out of my pose and told the people on the set that I quit. I had never before felt so brave as to walk past the men and women who I had just minutes before held in esteem and deny their persuasions to reconsider. Everything and everyone paled in comparison to Christ and his call to my heart.

When I reached home, and after many days of crying, I did the only thing a girl can do ... I called my Dad. I told him over the phone that if he did not come and pick me up, I was going to lose my soul. There was an eerie silence on the phone until Dad said, Ok baby, Im coming to get you. My father drove halfway across the country to come pick me up. He showed up on my doorstep with the largest smile I had ever seen. I was clearly upset, distraught, and depressed but my Dad was happy and joyful. He said, I am so happy to see you! But first, were going to confession! I hesitated out of fear, then my father uttered words that placed me at a crossroads, Leah DiAnn, he said, you called and said you needed to come home, well, Im here to take you home - and Church is home. You want to go anywhere else, you can call Southwest Airlines. Believe it or not, in the middle of that photo shoot, I turned back to God and, with the help of the Holy Spirit and my family, the practice of my faith.

Kath.net: You are now a speaker for "Catholic Answers". What are the topics you cover in your speeches?

Leah Darrow: In my speeches I cover topics of conversion and mercy; encouraging all to lead lives of bold character and virtue, to love courageously in the spirit of God and share this light with others.

Kath.net: You are very critical about our current culture as we see it in pop-music, fashion, media, etc. What is it that you dislike?

Leah Darrow: We live in a world where ubiquitous tolerance is expected and thinking critically is discouraged. When our culture seems to encourage an abandonment of virtue and character, we should be not be afraid to ask questions, raise concerns and lend a voice to virtue. Where we have failed is not in a lack of talent in fashion, music, media, or technology but in the ability to reason right from wrong and then speak of this difference.

Culture is but a mere social expression of our values. When values are compromised, culture manifests its disorder. What I dislike is the status quo of tolerance of everything except virtue. It seems we are afraid to say what logic and truth demands of us out of fear of rejection or persecution. What I dislike is this fear and those in the world that encourage this fear.

Kath.net: What would you recommend a teenage girl who wants to go into modeling?

Leah Darrow: I strongly believe that young girls and women have more to offer this great world than just a pretty picture. While some modeling is tamer than others, it still creates a venue for vanity, egoism and ultimately unhappiness. What our world needs more than fashion models are role models. We need great women out there to stand up to the standards of beauty and success and demand more from our culture. The late Archbishop Fulton Sheen said, When a man loves a woman, he has to become worthy of her. The higher her virtue, the more noble her character, the more devoted she is to truth, justice, goodness, the more a man has to aspire to be worthy of her. The history of civilization could actually be written in terms of the level of its women.

Our culture needs brave women who will hold virtue to its higher level, fight for it and achieve its crown of victory.

Kath.net: Thank you very much.